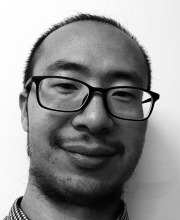 My research topic is the Arab conquests of Central Asia, which occurred from the mid-7th to the mid-8th century CE. During this stage, the overland crossroad witnessed one of its most significant political changes, in which not only of the Central Asian local polities and the Arabs were involved, but also the Turks, the Chinese, the Tibetans and so on. The multi-ethnic and multi-linguistic traits, which are reflected in relevant historical sources, pose challenges to the research and great enjoyment too. Other topics that draw my interest are China's interactions with other countries, be it far or close, especially with the nomads, and philological studies of various languages and so on.